Fostering Learning At Any Age 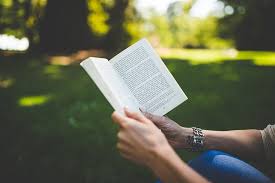 I recently read Breaking Night by Liz Murray, and her story compelled me to write this post. If anyone should have become a high school drop out statistic, it is she. Murray’s family lived in New York City in the 1980’s. Her parents became cocaine addicts while she was still a preschooler; their addiction caused them to neglect her and her sister by spending their income on drugs instead of food. They did not bathe the girls, nor did they get them ready for school in the mornings. After a night of shooting up, they could not even wake themselves. As a result, Murray skipped school more often than she went, and by using her wits, she successfully evaded truant officers. Despite the excessive absences, she managed to pass her year end exams and proceed to the next grade level until she went to high school. At that point, she quit and became homeless to avoid social service workers who would send her to a group home.

At seventeen, while still homeless, Murray made the incredible decision to return to school and get her high school diploma. How was she able to do this? In my opinion, Murray succeeded despite having scant formal education because she could read fluently and had educated herself. In her memoir, she described how her dad kept a book with him at all times. He acquired the books, which he kept, from the New York City public libraries. He managed to do this by acquiring library cards under different  names. Murray, who wanted to impress her dad, began reading his books even before she could comprehend the contents.

The internet is filled with plenty of advice to get your child to read, including this post, How Can I Motivate My Child to Read? which I wrote last year. While I have nothing new to add, I want to reiterate how important it is for children to observe their parents reading and to have readily available reading sources – notice, I didn’t say books.  Growing up, my mom belonged to the Double Day book club and read the latest novels. We were always excited to see which book she would get each month. My dad read Progress Farmer magazine as well as other farming publications. When I stayed overnight with my grandparents, I recall their morning routine of poring over the daily newspaper.

Many parents will say to me they don’t have time to read. My response is to decide how important reading is for your child. If it is important enough, then you should make it a priority to spend at least fifteen minutes reading each day, and encourage your child to do the same. You could read from a devotional book, a collection of short stories, or any publication which adds knowledge needed for job or career. The material doesn’t matter as much as the fact that you are reading. If you want to read for pleasure, but you think it’s an indulgence considering your many responsibilities, then I’m giving you permission to indulge – you’re doing this for your child(ren)’s sake. Secondly, provide material for your child. It can be magazines or books. While there are plentiful sites providing e-books for free, I prefer hard copies which are easier on the eyes.

So now you’re convinced to make reading a part of your daily routine, but you’re at a loss as to where to start. Let me recommend Breaking Night; I believe it will inspire you as much as it did me.