Fostering Learning At Any Age

When a child first comes to me for tutoring, often he is struggling to keep up in class. To him, his grades indicate everyone else understands the academic material, and he doesn’t. It doesn’t help for parents to tell their children that they too were no good at math or (insert other subject).  This can lead the child to believe he is fated to do poorly.

So how can you help your child succeed academically? Do you constantly tell him he’s smart, but he still puts himself down. Why doesn’t your child believe what you say? When working with one young student, I paid her a compliment on her singing (yes, sometimes there’s singing during our sessions). When she responded in a surprised tone, I asked, “Hasn’t anyone ever told you that before?” She said, “Yes, my parents, but they’re supposed to say that.”  Please don’t think your compliments are meaningless. You love your son or daughter unconditionally, and they need to hear words of confirmation. However, if you’re constantly saying he is special or smart,  it may lose its intended effect. This is a tricky one, because one child might need your reassurance more than his sibling. Notice the reaction you get, and if the your child shrugs it off, then you need to say less. However, it is better to err on the side of praising your children too often than not enough. As their parent, your words will always have a great impact.

Secondly, speak with sincerity. Look for those things they do well which they can also recognize. A child who is struggling with math may have very good handwriting. I point out to math students how important it is to be able to read the numbers and have them aligned correctly as they work. Any math teacher can tell you that there are points lost on tests due the teacher or the student not being able to read his script. If a child is struggling with reading, notice when they use context clues or recognize sounds within a word even if they fail to decode the entire word. Reassure them that they are making progress, and this will lead to their becoming fluent readers. If your child, who is listening to instruction and giving their best effort, brings home a bad grade, direct them to the fact that they got some answers correct. Sometimes it can be the toughest ones. Congratulate them on not giving up and reassure them that they will improve. You are not simply saying they are smart, but you’re acknowledging their intelligence which will encourage them to keep trying.

Thirdly, allow your child to struggle and to fail some. If you intervene too early or too often, the child will think you have no confidence in him. Believe me, this is a tough one because a little frustration is part of the process but too much frustration can be overwhelming. As a tutor, I’m always concerned with giving the right amount of help. When they ultimately succeed, point out how their perseverance paid off. There is always a greater sense of accomplishment when we solve a challenging problem rather than an easier one. When they fail, review the process, how well did they prepare? Can they manage their time better? Do they need more practice? Let the failure be a stimulus to try a different approach to the problem.

So believe in your children; be their biggest cheerleader. Continue to praise them for jobs well done. The good news is that with a few successes, they will begin to blossom, and today’s struggles will become a distant memory.

Many parents have asked me a variation of this question. These suggestions are mainly for struggling readers who will do anything to avoid reading. Peruse the list; use what you like; the most important factor is consistency. 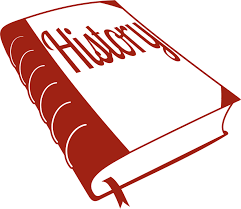 In part 1, I suggested several ways to get your child interested in the past. Today, I have some advice for learning the material which leads to better grades. History is defined as the written record of man’s past so reading is intrinsic to doing well. Even though your middle schooler can read the words, she may not really comprehend what she is reading. Show her how each unit is divided into chapters, then those chapters are composed of sections and each section may be further subdivided. Help her formulate questions which may be answered in each section.  The goal is for her to connect each subtopic to the main topic and finally to the chapter. This aids in seeing the “big picture, ” and helps put everything into context. Be sure she studies the pictures and maps, and understands their connection to the reading. Have her summarize each section she has read. Putting the material in her own words demonstrates her comprehension.

Once she has summarized the readings, she can begin learning important terms. Many texts will place these in bold font. They are usually categorized as people, places, events, or ideas (i. e. capitalism). I like putting these on notecards for easy review.  A complete definition or description, the importance, context, and date or time period are needed. For example,  Manhattan Project:

If your child is visual, she may want to draw a picture to help her remember. If she is an auditory learner, she can record the terms and listen to them as a study strategy.

Initially, she may seem overwhelmed, but encourage her to study a few minutes every day. If she knows even some of the material really well, it will result in better grades. Finally, if possible, review returned tests with your child and talk about strategies for making the best use of her knowledge. From my years of teaching, I have discovered many careless mistakes like skipping questions and not reading the instructions or questions carefully.

What suggestions would you add?

There are two different ways to interpret this question: How can I help my child better understand history? And how can I help my child get better grades in history? I will address the first question in this post. Your middle schooler probably sees history as an abstract subject because she’s twelve (a lifetime for her), and she may be studying about people who lived 3,000 years ago. It’s hard for a young person to imagine people living lives so different from her own. With your help, she can see  a connection – history is like a tapestry where people and events are woven together and each have an effect on the other and future generations.

First, you want to engage your child in the stories of the past, make her wonder about life a hundred years ago. As Jurassic Park  author Michael Crichton once said, “If you don’t know history, you don’t know anything. You’re a leaf that doesn’t know it’s part of a tree.” A  good place to start is with her own family history. The more personal you make history for your child, the more interested she will be. Look at old photographs together, ask her questions about what it may have been like to have been a child during her grandparents and great- grandparents’ youths. Are there any ancestors who have served in the military? I find young people to be particularly fascinated by World War II. Find some published diaries or journals to read at the public or school library.

Aunt Virginia is our family matriarch. She was born in 1918. Her mother survived the flu pandemic and was sick when giving birth. At 97, Aunt Virginia’s mind is still sharp, and she loves sharing family history.

Help her see that everyone and everything has a history. Take her to historic sites to learn about important people and events in engaging ways. You will be walking in the footsteps of those long gone, if there’s a historic interpreter present, you can ask more detailed questions. Some places hold living history events where you can observe pioneer skills in use. Some of my favorite memories are family trips to these destinations. The seed, which was planted, led to my becoming a history major.Your child may not initially be impressed, but if you show interest, chances are she’ll follow. As a college instructor, I witnessed how the older students in my American history classes influenced the eighteen and nineteen year olds. When nontraditional students began to ask questions and give input, I noticed the younger students would perk up and listen more intently, even to the point of joining our discussions.

Relate historic happenings to current events. This presidential election year offers many great comparisons. Immigration is an issue that has recurred in previous elections. Remember the “Know-Nothings” of the 1850’s? They won several state elections on an anti-immigration platform. Discuss Bernie Sanders’ candidacy.  How do his ideas and his presidential bid compare to Norman Thomas in 1932?

Now you know where to start; you’ll be amazed at your discoveries. Next time I will offer some suggestions for improving history grades.

What about you? How have you’ve made history more interesting for your child or student? What do you enjoy most? If you have a question you would like for me to address, send it to krenhamil@att.net.